Yesterday I took my spunky six-year-old to get photographed by a guy I've never met. Justin Hackworth is a photographer of some acclaim, I've come to find out...and he was kind enough to select me for his 30 Strangers project. Just like the project name, Justin takes photos of 30 people he's never met before. They are all mothers and daughters. Rather than pay for a sitting fee, they are asked to donate to a specific cause: The Center for Woman and Children in Crisis.

Miss A is my third daughter. I'm a third daughter. I thought it would be a nice way to spend an afternoon with her. She kept telling me she hoped it wasn't boring. I didn't think it would be, but I especially hoped that Justin was as genuine as his cause. I was not disappointed. When we arrived, we saw this. 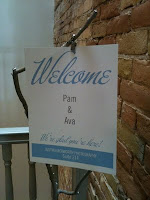 Which made Miss A do this: 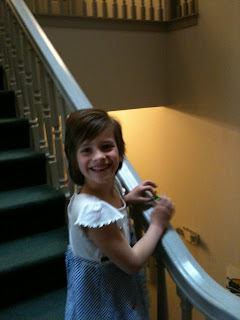 Here is what Justin did for us. This guy has talent. He's genuine to the core and definitely not boring. In fact, I think I'm going to have to stay in touch.
Posted by Unknown at 10:13 PM 2 comments: