Although this was the 12th year for TriUtah’s Jordanelle triathlon, this was my first year as a participant. I showed up the week before the event to check out the course — although I came early and left before all the preview festivities began, I still got a good feel for the swim and the bike.

The morning of the race was clear and temperate. After getting my bike set up in the transition area and making sure the women around me had their bikes set up the right way (with the front tire pointing towards you, so you can still read your name/number tag on the bar while standing in front of your bike), I slipped into my wetsuit and wondered out loud if I should have remembered sunscreen.

I warmed up in the water while the three waves started and the sun rose higher in the sky. The women treading water at the start line around me were visibly nervous. I knew if I could get out of the washing machine of arms and legs soon, I’d be fine. That seemed daunting at first, though. I had to muster my courage, count my strokes and push hard past, over and through, the other swimmers. Someone must have not liked that too much because my ankle was grabbed. I wasn’t deterred and worked hard to finish strong. The steep boat ramp climb upon exiting the water didn’t encourage more than a fast plod into the transition area.

At T1 I realized I hadn’t started my timer on my watch. I knew I had to speed up as I stripped off my wetsuit, started my timer and ran my bike to the start line. Zipping out of the Rock Cliff area into the sleepy ranching town of Francis, I gazed down at my feet. Where was my timing chip anklet? I yelled out to every volunteer along the route that I had lost my timing chip. What a let down — I ran through every possibility in my mind. Then, I decided it was out of my control and to enjoy the race.  I knew I’d have my T1 time through to the end of bike time on my watch anyway, so it wasn’t a total loss. I pumped my legs as hard as I could on the hills, past cows and horses, around big trucks with gun racks and trailers, and other agricultural scenes. I didn’t let up even on the steep downhill near the end of the rural ride.

Back at transition, I shook out my wetsuit. There was my timing chip! I put it back on and set off on the run with a big smile on my face. I was going to get my final time after all. I wasn’t too worried about the run because I had heard it was fairly flat. Lies. They say “what you don’t know won’t kill you,” but I think “they” are full of beans. The hills on the course were tough. I saw at least a dozen people walking. Not me. A friend with whom I’ve trained told me she works harder on the hills. I thought of her as I forced myself to keep my pace.

Clambering over rocks, sagebrush, deep crevices in the trail, boardwalks over marshes and sidewalks near the finish, those TriUtah people kept me guessing through the whole run. As I rounded the corner to get to the finish line, the panting woman behind me picked up speed and passed. I still felt I had done my best and was gratified to find out I had placed 5th in my age group. Best of all, I was faster than the whippersnapper 20-24 female winner. Who says you can’t get better with age?

Next year, I’ll change three things: 1. I’ll be ready for those hills on the run. 2. I’ll make sure my timing chip stays put through T1. 3. I’ll remember sunscreen — my shoulders are still as bright red as a boiled lobster.

Email ThisBlogThis!Share to TwitterShare to FacebookShare to Pinterest
Labels: Triathlon

Who gets your time?

While looking at a directory for elderly care and hospice, I came across an ad with the headline, "Bored?" The ad then went on to say that the long-term care facility for which they were advertising had a series of activities to keep their residents busy. Is our society just fixated on being busy? Is "being busy."

Nearly everyone I talk to is busy these days. Some people are busier than others, though. I don't know if I have the corner on the market of being busy, but I wish I wasn't so busy sometimes. I think it's just the season of my life right now. My kids need me in different ways nearly all the time. When I'm not working (and many times when I'm working), they'll ask me for my time. Those demands don't give me a free pass from others' demands on my time. I get asked to lunches, meetings, phone calls, brainstorming sessions, seminars, events, speaking engagements, grand openings, blood drives, volunteering duties, etc. from people I work with, go to church with and people I don't even know. Everyone wants something from me.

If I could clone myself all these demands on my time would be met. Every one. Unfortunately, that science hasn't been perfected. This means I get to perfect my discipline and boundaries. Managing my time is something I think about a lot. Here's what I've learned over the years.

I don't do New Year's resolutions, I do birthday resolutions. Every year, on my birthday, I make my list of goals. Then, at New Years, I review them and see how I'm doing. This last Wednesday was my birthday, so I hauled out my journal to make my list. Before I make my list, I try to spend some thoughtful moments, without children interrupting, contemplating the best goals to make. I don't want to make them too easy or too hard.

This year I read my last year's list of birthday goals and then, I read the year before that (I've been doing this birthday goal list thing for at least 5 years). Many of my goals have remained the same: go on a family vacation, be out of debt, be at a certain (nearly unattainable) weight, be on time everywhere I go (also nearly unattainable) and make a certain amount of money. But, I'm wondering if I'm missing something and if I should vary it up a bit.

At some point in life, do you just cross things off because they are
1. Totally unlikely,
2. Not worth the major effort when there are already so many things going on in your life? 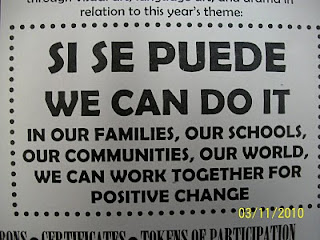 Are there items on your list you won't ever possibly do? Do you keep them on your list "just in case" you suddenly become super human and can stretch time? I'm wondering if I'm the only one who is ridiculously optimistic (or delusional?) in thinking she can do it all?